20 Years of Persecution and Resilience 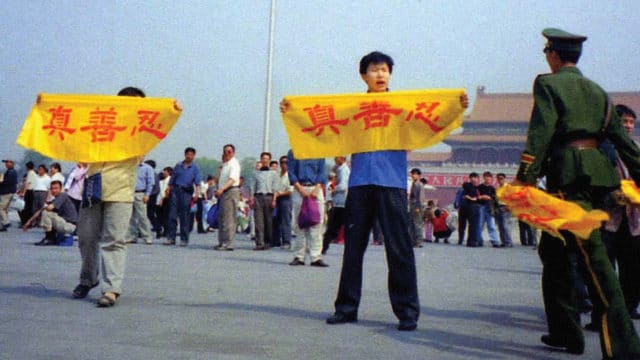 July 20, 2019, marks the 20th anniversary of the Chinese regime’s brutal campaign to eliminate Falun Gong. And while this campaign has targeted people who practice Falun Gong in China, its impact is being felt around the world.

Falun Gong, also known as Falun Dafa, is a traditional spiritual practice that consists of gentle, meditative exercises and a moral philosophy centered on the tenets of truthfulness, compassion, and tolerance.

The practice became widely popular in China during the 1990s, and by 1999, according to Chinese state-run T.V., there were 100 million people practicing Falun Gong in China. That’s a staggering 1 of every 13 people in the country. Furthermore, as the Washington Post reported in 1999, many influential people in the party, the government and the military practiced Falun Gong, in addition to those found in just about every sector of society; from farmers to university professors, factory workers to corporate leaders, high school students to members of the communist party’s top leadership.

Yet, in the summer of 1999, former communist leader Jiang Zemin ordered the traditional meditation practice be eliminated. China experts at the time say Jiang was jealous that Falun Gong’s widespread popularity was overshadowing his own legacy, and at the same time, Jiang hoped to use the campaign against Falun Gong to build up his own powerbase.

Even more horrific are findings from independent investigators concerning the systematic killing of Falun Gong practitioners so their organs could be used to fuel China’s booming organ transplant business. In 2016, the U.S. House of Representatives unanimously passed House Resolution 343, which cites “persistent and credible reports of systematic, state-sanctioned organ harvesting from large numbers of Falun Gong practitioners. …” In June 2019, an independent tribunal – chaired by Sir Geoffrey Nice QC, who previously prosecuted war criminals – released its conclusion that Falun Gong practitioners have been, and continue to be, killed for their organs “on a significant scale.”

The persecution of Falun Gong in China continues to this day.

In its 2018 annual report, Amnesty International stated, “Falun Gong practitioners continued to be subjected to arbitrary detention, unfair trials, and torture.” In its 2019 annual human rights report, the US State Department detailed how people who practice Falun Gong have been victims of “systematic torture in custody” by the Chinese Communist Party (CCP).

Clearly, this persecution campaign has destroyed the lives of millions of people. Yet, the impact of this persecution extends beyond the community of Falun Gong practitioners inside China. It is felt throughout Chinese society, and to some extent, around the globe.

First, let’s consider the scale and nature of what’s happened in China. When the communist leadership targeted Falun Gong, they were targeting 100 million people who were simply trying to live their lives according to truthfulness, compassion and tolerance. This set in motion a system of punishing good people and rewarding immoral, even criminal behavior nationwide.

The result has been far-reaching.

The campaign against Falun Gong has served as an incubator of persecution tactics now being deployed against other targeted groups in China.

The campaign against Falun Gong has served as an incubator of persecution tactics now being deployed against other targeted groups in China. For example, the methods of physical and psychological torture refined on Falun Gong are now used against Tibetans, Uyghurs and Christians.

The Communist Party’s incentive system used in implementing the campaign against Falun Gong has drastically undermined good governance and societal morality. For example, officials who refuse to persecute Falun Gong risk halted career advancement, demotion, or even being fired. Conversely, those willing to engage in the lawlessness rise through the ranks, gaining more power and influence.

Some medical doctors in China have literally become killers, viewing Falun Gong practitioners as little more than a source for organs. By the same token, international patients who travel to China for an organ often become unknowingly complicit in the killing.

China’s state-run media has so saturated public discourse with false narratives vilifying Falun Gong that even some Western scholars and government officials have unwittingly bought into the lies, and publish or govern accordingly.

In short, the persecution of Falun Gong has played a key role in fermenting a society where dishonesty is rampant. It has promoted corrupt officials within the Chinese regime that persecute their own people and continually defraud the international community.

As the 20th anniversary of this brutal persecution approaches, we implore the international community to speak up. We must give a voice to and take action for the tens of millions of people in China that have been targeted by the communist regime, and who live their daily lives under threat of arbitrary detention, imprisonment, torture or worse simply for practicing Falun Gong.