On May 13, 1992, in a humble schoolhouse in northeastern China, Mr. Li Hongzhi began teaching Falun Gong (or Falun Dafa), introducing to modern China a practice with roots extending back thousands of years.

By early 1999, there were 100 million people practicing Falun Gong in China alone, their slow-moving meditative exercises visible at dawn in parks across the country.

Today, Falun Gong has transcended cultural and national boundaries to bring physical health, joy, and peace of mind to millions of others around the globe. From Cape Town to Cannes, Bangledesh to Berlin, Tokyo to Tehran, Falun Gong is practiced in over 80 countries, its teachings freely available in 40 languages (all Falun Gong books and exercise instruction videos are free to download).

And so, each year, on May 13th, Falun Gong practitioners and their supporters around the world celebrate World Falun Dafa Day, giving thanks to Mr. Li for his teachings and the goodness they have brought to people’s lives.

Celebrating Even Under Persecution in China

Although tens of millions of people who practice Falun Gong in China live under the constant threat of abduction, imprisonment, or worse, many still find a way to celebrate this special day.

On World Falun Dafa Day, the tone and message of these banners and flyers will often feature photos and information about how Falun Gong is freely practiced, and indeed celebrated, in over 80 countries around the world. This fact alone causes many to re-evaluate what they saw on state-run media.

And then, there are the greetings.

Sent from every province across China, each year thousands of World Falun Dafa Day greetings are received by Minghui.org, wishing Mr. Li Hongzhi — Falun Gong’s founder — a happy birthday, and celebrating the transformative effect the practice has had on their lives, their families, and their communities. Many greetings are also sent from Chinese citizens that do not practice Falun Gong, but wish to recognize Mr. Li after witnessing either positive changes to Falun Gong practitioners in their community or the bravery of practitioners as they expose the human rights abuses across China. 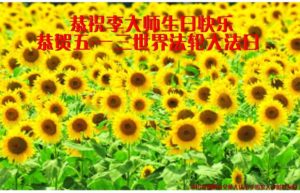 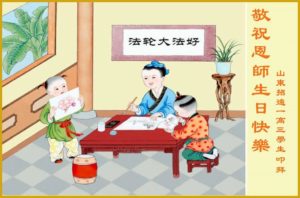 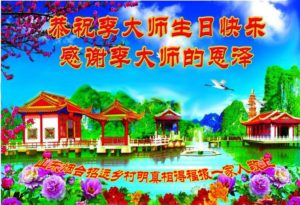 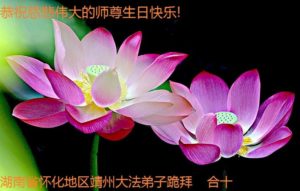 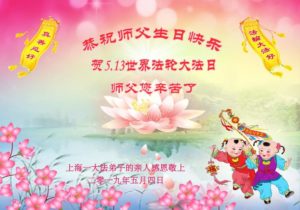 Celebrating Around the World

Each year, in over 80 countries, practitioners and supporters of Falun Gong gather to commemorate May 13 as “World Falun Dafa Day.”

While the lockdowns in many countries around the world will prevent large-scale gatherings this year, in past years, celebrations have included parades, celebration performances featuring local artists, dancers, and singers, as well as a flood of greetings and well-wishes from many local government officials.

In fact, World Falun Dafa Day declarations have been made by hundreds of city officials across the U.S., Canada and European countries. 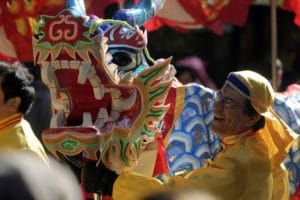 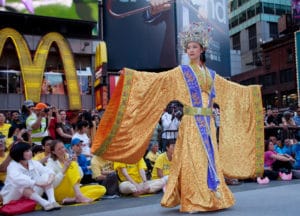 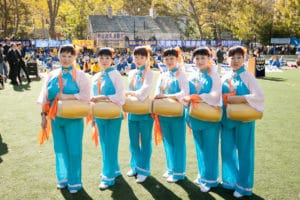 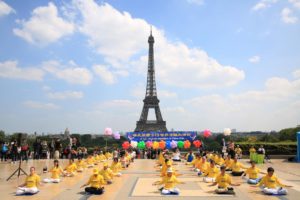 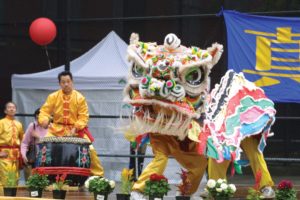 With Falun Gong’s global spread since 1992, millions of people have seen disease symptoms disappear, resolved family differences, forgiven those who have harmed them, and discovered the true power of kindness.

At the core of Falun Gong’s teachings is the understanding that Truthfulness, Compassion and Forbearance constitute the fundamental nature of the universe. As practitioners seek to assimilate to these values in their daily thoughts and actions, they have found not only a sense of inner calm and optimism even in the most dire of circumstances, but also a profound understanding of life and the universe around them.

It is this gift that they celebrate today.

Government officials across North America joined in the virtual celebrations, acknowledging Falun Gong’s teachings and adding their voice to the special day.